As realisation of each globalist scheme — #ClimateCO2N, scamdemic, 5G assault, digital currency and social credit score plans — acts as an entry point to discovery of all the others, and as those who are awaking compare notes and share light, worldwide, the desperate globalists themselves — keen to choke oil supply to raise prices — push the dying lie of #ManMadeClimateChange ever harder, but to less and less avail.

The fake cause of fighting ManMadeClimateChange is OUT COLD — as natural climate cycles continue, uninterrupted, and as the world now cools in response to a #GrandSolarMinimum, solar cycles being the driver of climate, and CO2 levels changing in response to this, sun-driven climate, after a time lag of 800 years.

The fake cause is so dead that Greenspark has to RECRUIT PEOPLE TO PROTEST: the establishment needs to fake manifestations of popular will by organising it, from the top down, on behalf of the corporations and governments who want to regulate every inch of life, ration energy needlessly, and depopulate the planet.

This is a bad joke.

If you agree that Greenspark are helping anti-human fraud — and bringing their other, valid cause of cleaning beaches into disrepute by association — why not message them, and tell them so?

Once engendered through false claim of an external threat, against which authority commands obedience, and once passed down through generations, loyalty to nation-states can be converted, by their leaders, into loyalty to any project, irrespective of ethics, simply via its association with the nation’s flag. This is idolatory, as warned about by followers of the one, true God.

Flag-allegiance is the same as the brand fetishism used by corporations to command customer loyalty through advertising, regardless of their product’s quality. In light of the actual corporation-status of most nation states — circulated widely in the global freedom movement — loyalty to countries fuses, completely, with loyalty to brands. The former was used to harness previous generations, especially the post WW2 generation, and the latter to profit from and manipulate post-60s youth, as, over 60 years, the muscles of a newly-romanticised working class, and the Wrangler-ruggedness of self-built America, slid to a celebration, pushed shamelessly by the same authors, of transgenderism, anti-white racism, dependency on the state, and — most recently — the woke-martyrdom of embracing abusive lockdowns and needless, coerced, toxic jabs.

As Professor Dolores Cahill reminded us, when interviewed on the 3rd October by Matt Le Tissier, the size of a lie is not only proportional to the size of the manipulation that it affords, but also to the ease of its selling to a public, who think that global news stories must be true due to their scale, without realising that most of the world’s seemingly diverse governments, corporations and media platforms are controlled by the same people, making huge myths easy to spread.

The fact that this has been true for centuries further means that even the oldest, and best educated, often have, as their foundations for learning, only partial truths, the very part-veracity of which works with their emotional attachment to those long-held beliefs, to make new enlightenment more difficult.

For Britain’s Second World War generation, reconsidering the British state’s honesty in light of manifest scamdemic lies, is harder than a teenager’s seeing that Nike trainers are over-priced, since the former group was deceived by simulated high ideals, sold through sophisticated language, not a naked appeal to vanity.

The evil forces common, both, to the British Empire and modern branding have coarsened their language as, over decades, their plans have debased society. These forces use idolatory to manipulate, at all stages of the process. Through worship not of God, but of the nation’s mortal leadership, they unite one herd, and divide it from others, in a planned process which presents a false reality as an obvious norm, established as a platform to control with falsehood’s that are fortified by decades of engendered delusion.

Escaping this bubble of ignorance demands detachment from the flag- and brand-based idols, which have long hijacked divine worship. Salvation demands sole connection to the energy and thus the love of the one, true light, which unites its seekers in trust, and in an ability to debate diverse Earthly viewpoints in a common, divine context: one that is palpable to all who are open.

Seeking forgiveness for the cosmic fall that landed us in this reduced, Earthly consciousness is the process of re-ascension: as long as that forgiveness is sought from the true summit of creation which, in a symmetrical universe, must be unique. 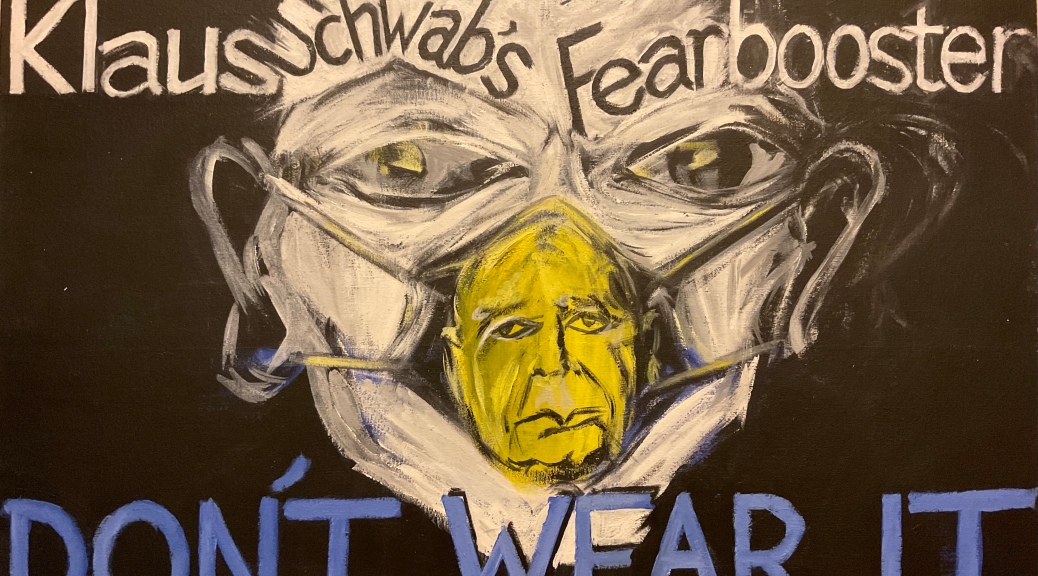 Whether or not #StephenKing be ‘awakened’ in the #FreedomMovement sense, his #TommyKnockers’ analysis of an evil fall’s attracting subscribers, and stealing their networked life-energy to sustain the zombified souls of those marooned by rejection of God, seems a prescient description of the NWO’s transhumanism, and its eerie pushing of the jab as a common, grid-constructing violation of all human beings.

As with #Agenda2030, StephenKing’s stories unfold with supernatural reality emerging as the unbelievable driving force of the very 3d world that mocks and denies its existence: a world painted with the hyper-reality of King’s photo-satirical detail, hardwiring with deep credibility the cosmic philosophy that his heroes’ plight always reveals.

As with humanity’s fight against the globalist UN, the problem has been fed by part-unwitting human sponsorship of evil: it is the sudden, unintended intensification of this connection — and the loss of control as a cheap thrill becomes a living nightmare — that turns criminals and victims into saviours, as those with consciousness brutalised by the bass TV, and survival imperative of suburban America, suddenly find heaven by recognising hell.

To borrow from another King tagline, ‘We don’t need to float down here …

We can fly, instead!’

Corbyn CRASHES #ClimateCO2N, as flailing RT anchor can only use clichéd squeaks quoting the (sponsored and false) #ManMadeClimateChange consensus. He did this because there is no logic linking industrialisation to climate change: the post 1600s CO2 rise to 0.04% is a delayed result of the 1,000 AD to 1,350 AD sun-driven #MediaevalWarmPeriod, and a cause of no climatic effect whatsoever.

The present #GrandSolarMinimum now has the Earth cooling, as natural cycles continue unbroken — and as predicted by Piers Corbyn’s WeatherAction.com

The UN’s energy taxes, and their legacy of fatal fuel poverty, are fraud and conspiracy to murder, and those who push them, including the #WorldEconomicForum, are potentially guilty of these crimes.

The leaking of the #DowningStreetParty is the exposing of the government’s lack of fear of assembly, despite their professed, lockdown-justifying declaration of a plague. Their lockdown mockery, partying as the public suffered and died alone, show callous malintent and unfitness for public office.

Yet, the day that his lockdown 2020 Christmas party was exposed — showing that government had had no health concerns — Boris had the nerve to impose restrictions for mythical next phase of the #GreatReset’s phantom scamdemic.

As before, his fascist assault on life is introduced with manipulative gradations, that make acceptance easier than fighting for many, and present as reasonable the outlandish, unreasonable fascism at the policy’s occult, destructive heart.

But the exposé provides a new context, which the slowly tightening choke of #LockdownsPast did not have to contend with. After #PartyGate, both the truth of Covid claims, and the integrity of the government’s social contract with the people it serves, have been shown to be non-existent.

With public trust in government intent gone, does anything remain to stop successful rebellion against #BrazenBoris and the permanent prison of his betrayal of Britain to the #WorldEconomicForum, the #TriLateralCommission, and the #CityOfLondon?