With wars, or openly turning on their own people, governments and super-governmental world powers could destroy economies much faster, and save everyone time.

But they don’t, because doing that would incriminate them. That is why they use an engineered virus of little consequence to fake a plague, as an excuse for a long drawn out assault on life and freedom.

Official ponderings on life never being free again sit unconvincingly next to debunking, unpoliticised science, and the pre-planned globalist #GreatReset, the harmful, impoverishing and enslaving nature of which for humanity means it would never be accepted unless by force, on the grounds of a fake emergency, alleged by organisations who retained the denial-fortified confidence of a public, the betrayal of which was their institutional mission.

So years pass as the charade of pandemic waves license murdering injections, and authorities keep people in prison to make it seem real — and enable the crime to go on.

Having seen that, we can stop it.

Those were the words of the Head Teacher of Fulham Boys School, on rejecting a #CovidJab information leaflet as he returned to his school building, the day of the vaccine rollout for 12 – 15 year olds, by the government, against its advisors’ recommendation.

The most frightening aspect of his utterence was its automatic linking of being a teacher, and being in favour of the jab — even extending to a slight sarcasm of tone, to the effect that, if I had known that he was the Head Teacher, I would not have had the nerve to approach him.

In reality, his position makes it more important that he investigate this issue critically, and that others inform him of all viewpoints, given the matter’s vital importance to the teenagers in his care: teenagers that he should be teaching free, critical thinking, not least by example.

The attitude underlying his fleeting, telling comment to me suggests that he is failing as both guardian and educator. Luckily, the intelligent, open response of many teenagers, who took leaflets on their way out of school, confirms that, even in the institutions at the heart of the establishment’s brainwashing centres, an awakening is spreading throughout humanity: the ultimate education.

The dark pyramid is visible.

It flickers in the evil heliography of refraction via the illogical, destructive decisions of those world leaders bent on pushing for the #GreatReset.

Only their relaying the unacknowledged will of a hidden power explains the continued economic destruction and blackmailing of humanity on the false licence of containing a non-existent plague: long debunked, yet to no avail, as moderate libertarian media, like the Daily Telegraph — which last year recommended the Swedish approach — has failed to campaign against the establishment properly despite its anti-lockdown leading article of Autumn 2020 being ignored.

Familiar faces, besuited and sobre, announce madly destructive policies, backed by illegal though draconian laws. Behind that absence of reason lies the evil truth, of the pyramid summit’s urgent need to squash rising consciousness with fear and injections that block the natural intelligence of intuitive connection to the divine, and to the ascension-giving logic of universal law. Those emotionally attached to Western body politics hide from the incriminating illogicality of designer destruction, solely because of their stale yet entrenched loyalty to the authorities involved — and their shocked incapacity to digest these people’s true nature.

The NWO will fail. The severity of evil’s assault on life shows its desperation in the face of the Aquarian dawn that burns its vampiric ego — and without which emergency it would not have shown as much of itself: an instance of darkly telling haste that has awoken millions.

Let there be light — and music!

Trust is the universal contract of love, that replaces limited, deluding money. 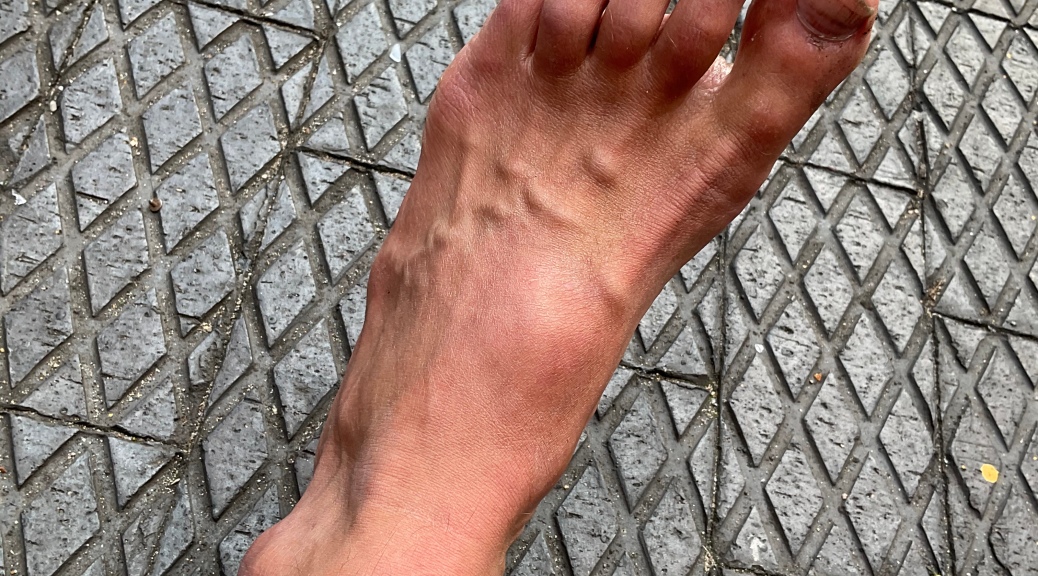 #BareFeet share electric currents with the ground, that power health and raise consciousness.

As humanity rejects masks, we ask how many other pointless and harmful garments we wear.

As the anti-jab drumbeat grew across London on Friday, one taker of the first jab RETURNED — with her family — to a vax minibus parked outside Victoria station, to make them aware of the bad reaction that she suffered to this government-pushed, bigpharma-engineered programme.

Without studying a single Petri dish — never necessary to establish basic, personal freedom, in a reality where genuine emergencies are obvious without needing laws — we know that if BigPharma’s Covid vax programme was an imperfect but genuine response to urgent need, they would pay compensation when it went wrong.

Their indemnity — whether legally valid or not — shows a lack of integrity in their approach.

So does the very notion of holding basic liberties hostage until people accept jab as promised key to freedom. Needed products sell themselves without blackmail — until 2020 unthinkable, state-sanctioned on this scale in the Western world.

The blackmailer — and thence any product they push — are rendered untrustworthy by the blackmail. This is especially noteworthy if their product is an irreversible injection, through which any takers place their health and life in the pharma industry’s hands.

Freedom, and wellbeing through personal effort, are taken, not given. For the past year, the globalist establishment has been showing that.

Disguised as agents of social and environmental progress, supposed national governments are now the tools of the worldwide business cabal that controls them, based in the central banking system, pharmaceuticals and big tech and mainstream media who — together — want to control contracts between people, and the energy flows of health and life that ensue.

So, the bigger national governments are — the more controlling and culturally Marxist — the bigger are the instruments of control used the globalist fascist cabal.

Realising this lets people free themselves, with their own consciousness, attunement to life energy and fellows, and application of Common Law: the metaphysics of sacred life and truth.

This is as simple and practical as the heartfelt, thus legally valid, declaration of invidual freedom to would-be corrupt authority, the accessing of food and the sharing or selling of it, amid a network of collaboration, energy exchange from individually optimised sources and love.

The #FreedomMovement BROKE THE SET on Saturday — with 3 million marchers, and a 7.5 tonne curtain side truck as a DeejayBoothe and dance podium, parked on Haymarket, South of Piccadilly.

Police watched, like white-muzzled ghosts, on street corners, helpless amid the millions of revellers and protestors determined to restore freedom after the 3 week curve flattening became a year-long, designer assault on liberty. MetPolice bosses must have been concerned for the safety of their outnumbered officers for, while freedom crowds were characteristically peaceful, the sheer scale of the protest would have been impossible to police had any trouble started. The blame for that lies with Boris Johnson, Priti Patel, and the World Economic Forum’s Klaus Schwab.

And, with vote swinging numbers already present, another 3 fold increase next month will have a real chance of bringing down this cowardly, evil government: besuited traitors to truth, freedom and humanity.

Hanging on one spot in Oxford Street, the procession took over an hour to pass.

If we multiply it by three, focussing on human and business rights, and government accountability and decentralised, honest science, we will win.