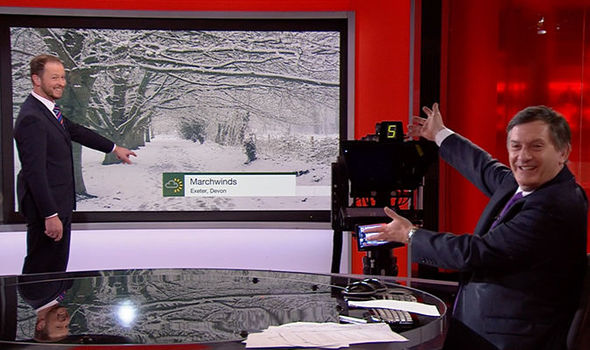 Coy, Warmist Met Office actively play down the UK and Europe’s March snow and cold. In trying to police the spring’s cold narrative so far, and with patronising globalist authority, they dismissed a news presenter’s natural exclamation at his experience of the West Country’s Easterly windchill — telling him to “put his car heater on” …

… if only those frozen out by green energy CO2NTAXES could do the same.

This attempt to “warm the rhetoric” happened even as other warmists made everyone CONFUSED.CO2N by trying to say the bent jetstream freeze was caused by flat jetstream warming.

What will they do if we get another #BeastForEaster ??? ❄🌃🌒